EEPS is HIRING!  Click HERE or either of the two announcements just below for more information.

EEPS is seeking applications for the Pan Postdoctoral Fellowship. Applications due November 14, 2022. 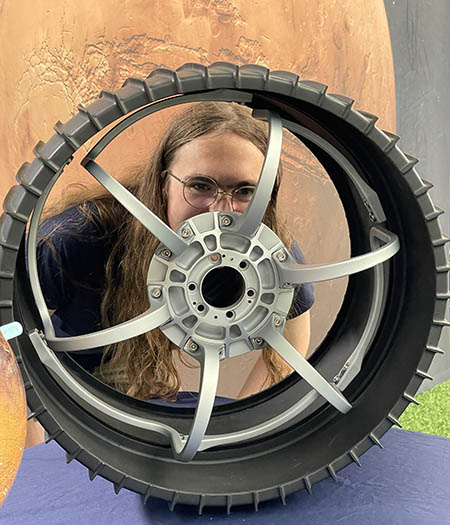 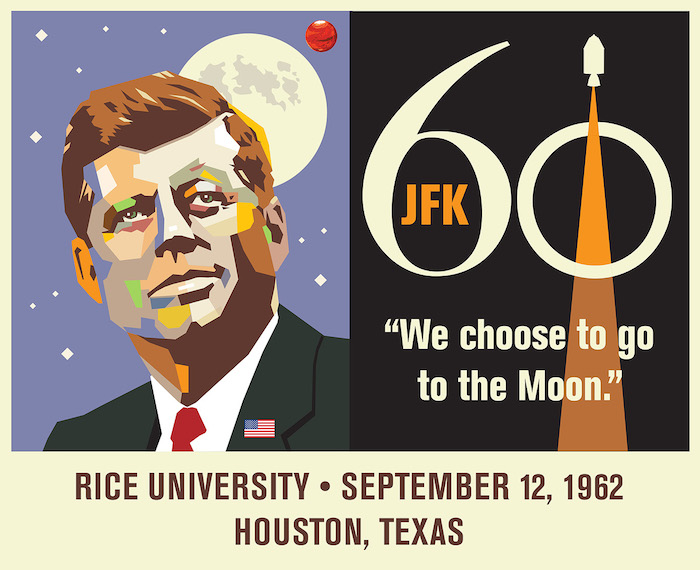 In celebration of the historic event that took place in Houston, at our own Rice Stadium, EEPS joined NASA, Wiess School of Natural Sciences, and many of the original historic and new space industry partners to engage with both those who witnessed the original speech, and to inspire the next generation of potential space explorers.

Sixty years ago this month, President John F. Kennedy delivered a historic speech that launched our country to explore the frontier of space- to land and return humans from the Moon. Today, many of our students and faculty participate in legacy programs built on the success of the Apollo program, on new NASA missions that have moved beyond the moon to Mars and the rest of our solar system.

As many of our volunteers were not yet alive in 1962, we sought to share how JFK’s historic speech meant to some of them, and to relate their most favorite and challenging moments interacting with the public.

“My favorite moments at the event were teaching young kids how to use a hand lens to look up close at rocks -- the looks on their faces when the rock surface came into focus in great detail was priceless! I felt, in those moments, we were able to spark interest in geology in those young kids that hopefully sticks with them throughout their education.” – Ellie Moreland, EEPS graduate student

“I love telling young students about Mars Sample Return- we are currently collecting samples on Mars that will be back here on Earth right when they are in college and entering graduate school, so we are very directly working on getting them some really amazing samples that they will be the ones to study in 2033 and beyond!” – Kirsten Siebach, EEPS faculty

Most challenging aspect of engaging the public:

“I would say organizing everything you want to say in bite-sizes can be challenging. Geologists especially can get caught up in the techy words that obscure the magic and excitement of learning something by understanding it. Communication by use of storytelling was key.” – Jack Henry, EEPS graduate student

“The most challenging aspect of engaging the public was adjusting to each person's knowledge level about Mars and planetary science. Some people already knew the key points of what we were sharing, so in that case you are able to dive into more details about Mars and Perseverance. Other times, people were unaware that the U.S. has active rover missions on Mars, so in that case you start at the beginning and explain remote sensing on Mars. While this was a challenging adjustment to constantly make, it is an invaluable experience that will come up in the real world almost every day.”– Ellie Moreland, EEPS graduate student

What the JFK60 speech means to you as the next generation of space scientists:

“I would say the meaning comes from remembering what hasn't changed since the original speech. Even though technology has changed and advanced, our passion for exploring the horizons of space is still very much alive.” – Jack Henry, EEPS graduate student

“As a rising planetary scientist, the JFK60 speech for me is validation that our area of study is important to the greater public. The amount of excitement in the large number of people, young and old, that attended the JFK60 event shows me that people will actually care about the work I am producing and invest time in understanding how our work can advance the goals of the space science industry.” – Ellie Moreland, EEPS graduate student

“It was amazing to see how deep the connections between Rice and NASA have been, with Rice hosting one of the most inspirational speeches for scientific advancement, creating the first Department of Space Science, and educating several astronauts.

Now, as this event demonstrated with a full football field of exhibits, the connection between NASA and Rice is only growing stronger as we train the Artemis generation with connections between robotics, geology, and the the full range of interdisciplinary approaches needed to let humans land on the moon, live on the moon, and test the technologies needed to send people to Mars.

It was awesome to see all the different types of work happening here at Rice that can and do directly contribute to NASA's mission of exploration.” – Kirsten Siebach, EEPS faculty and planetary scientist